Since the last post things are staring to warm up. On the 5th the ornithological society of the Faroes arranged tours on different islands. I guided tours in Viðareiði and Eiði. It was very amusing to walk and talk with people about birds and nature.

In total 73 species were seen on this day. Personally I saw 56 – the highlights including Mandt’s Guillemot and two Mandarin Ducks at Kaldbaksbotn and a pair of Shovelers in Tórshavn. 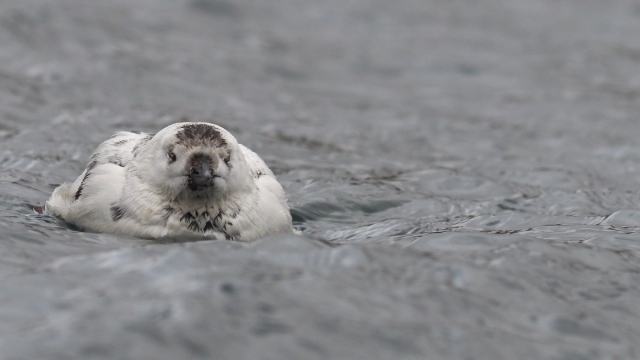 On the 7th a White-tailed Eagle was seen at Hvalvík, but could not be relocated. So I still need it on my Faroese list. It is probably the bird that was seen in April. I wonder where it’s hiding.

On the 7th Karl Thomsen saw a Tree Sparrow in Syðrugøta and on the 8th a Crackling Goose was seen in Tórshavn. Sadly it turned out to be an escape.

The last few days have seen gale force winds that originated along the eastern coast of North America. It looked very promising and spring has brought yanks to our shore before (7th May 2016 produced Ring-necked Duck, Green-winged Teal, Greater Yellowlegs and American Black Duck):

Today I took my wife to the airport as she is going to visit family in Denmark. On the way to airport we passed Mjáuvøtn – a lake on Streymoy. I obtained permission to check the lake and found a male Ring-necked Duck along with 7 Tufted Ducks. Really quite a beauty! It gave good albeit quite distant views. It’s the 13th record for the Faroes and my 4th self-found.

After leaving my wife at the airport I checked several sites in search for more yanks. At on the lake at Eiði I found a Slavonian Grebe, 19 Barn Swallows and a House Martin, 50+ Arctic Terns, Arctic and Great Skua, 15 Tufted Ducks and about 30 Dunlin. 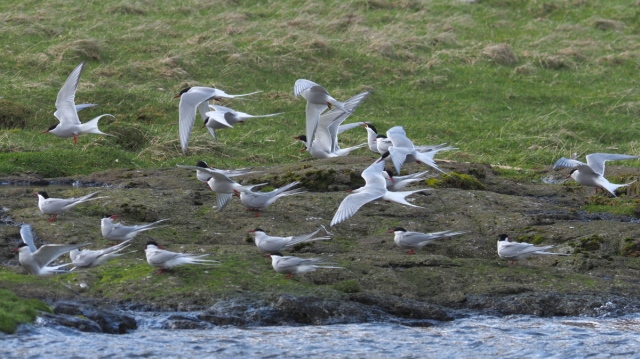 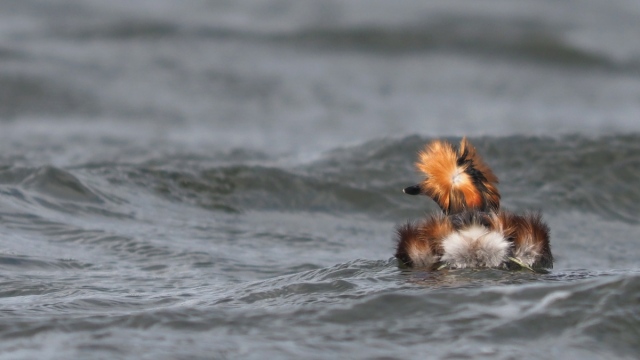 Then I checked the shore and bingo. An American Black Duck was foraging along with a female Mallard. It’s the 4th for the Faroes and my 3rd self-found even though I co-found the third too. 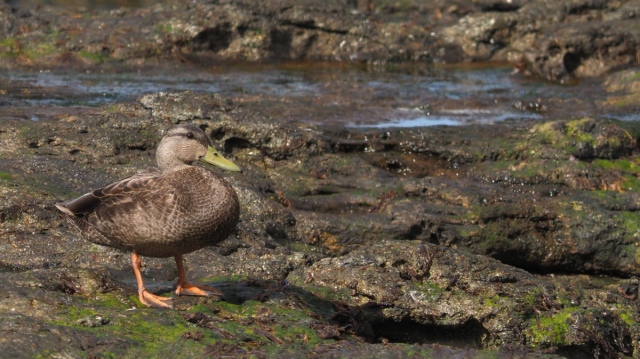 The thing with American Black Ducks is of course the hybrid question. Todays bird showed a white edge to the inner wing. It looks like pure bird can show this feature, but I am not quite sure.

So four yanks in two days. That ain’t bad. One can only wonder what would be found if more birders were out there these days.