Yesterday morning it was raining cats and dogs. Not the weather that inspires you to go birding. But the forecast looked promising with drier weather later in the day. So I convinced my wife that I had to go to Svínoy. She took me to the ferry in Hvannasund  and then I headed for Svínoy. It was quite a rough ride as we had to go all the way south of the island due to the wind, but an hour after departure I came to Svínoy. It was still raining a lot, so I went into my usual house (Dansistovan) and had some coffe and enjoyed the newspaper – but on the two minute walk from the harbour to the house I managed to see a barred warbler! After an hour or so the sun started shining and knowing that a barred warbler was out there I went out.

One of six barred warblers

At least 20 willow warblers were in the villages

It didn’t take me long before the fact that a major arrival had occured dawned to me. Up to four willow warblers in the same tree, two barred warblers in the same bush – well it was nice. After another hour I heard what sounded like a citrine wagtail flying in from the ocean. After an hour I relocated the bird and got some crappy photos before it flew off – sometimes you really could use an extra birder when you’re covering an entire island yourself. While searching for it I found one, no two, wow three common rosefinches including a spledid red male. Acturally my first red on the Faroes! And they just gave stunning views! 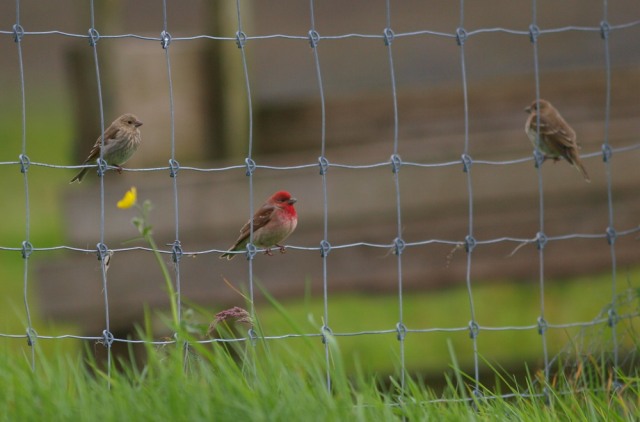 Now I had to choose if I wanted to go to Fugloy for a few hours or stay at Svínoy. There was a ‘not to well-seen citrine wagtail’ to enjoy and I could always watch the 3 common rosefinches more . And when a stonechat and a whinchat popped up I chose to stay. 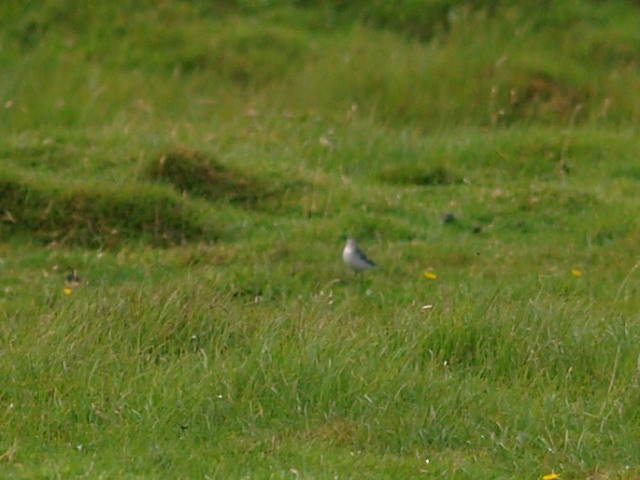 Citrine wagtail - quality could have been better

Well... it is a citrine wagtail... but it is distant

Somewhat later I relocated the citrine wagtail. Now I was focused to see the bird properly as photos were already obtained – though they were worse than I’d expected. And for 5 seconds I saw it within 10 meters distance and saw the pale ‘cheek-surround’, dark bill, white undertail coverts, dobble white wingbars – surely a 1cy citrine wagtail.

I did one more garden census and found more two barred warblers and two garden warblers in the same scrub to the east of the village. And in the tallest trees a wood warbler had come in. All in all a really good day with superb birds and a good rarity 🙂